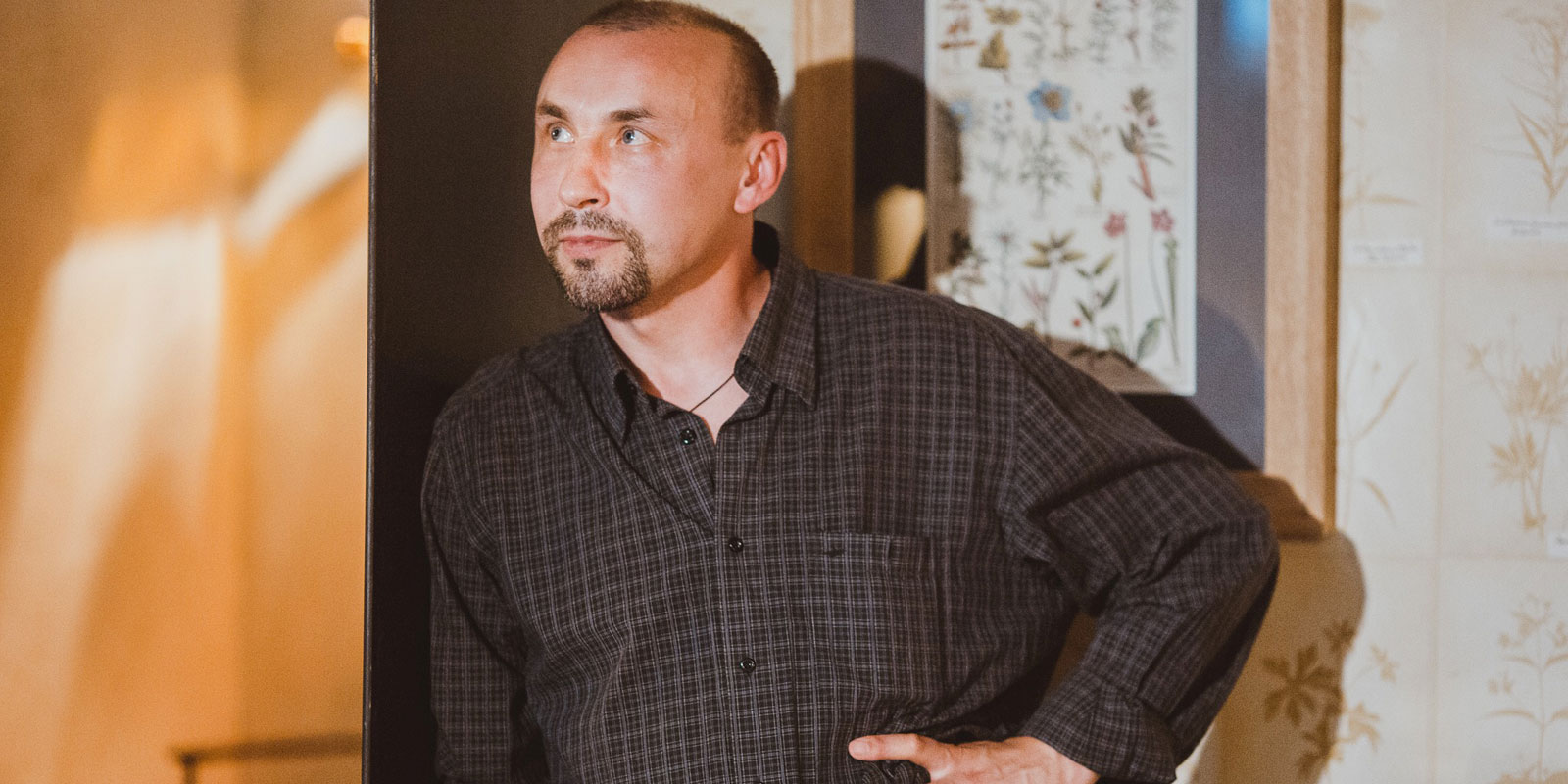 Alexey Zlobin is the director of “Lorik” film. He was born in Leningrad in 1972. After graduating from the Russian Philology and Culture Department of the Herzen State Pedagogical University of Russia and the Department of Directing of the State Academy of Theatrical Arts (SPGATI), he taught literature to senior pupils and acting to SPGATI students. Zlobin has appeared in more than a dozen films.

He worked as an assistant at the Fomenko Theatre and participated in the shooting of films by directors A. Sokurov and A. German. He was a director in films by E. Ryazanov, S. Bodrov Jr., R. Khrushch, N. Lededev, I. Vyrypayev, and Slava Ross. In addition, Zlobin staged a number of plays at theatres of Moscow, St. Petersburg and other Russian cities, wrote scripts of several short films and a dozen short films, full-length movies, documentaries, and animation films, and authored narratives, short stories, and collections of poetry.

In “Lorik” film, Zlobin worked as a director for the first time. He told us about his vision of the film and his attitude to the characters, among other things.

– Mikael Poghosyan – the author of the film’s idea and the scriptwriter, and he also the plays the leading character (Lorik) – invited me for the filming of ‘Lorik”. Scriptwriter Anush Vardanyan (I have known her for years) introduced me to Mikael. “Lorik” marked my debut as a director: prior to that, I had been involved in many films as a second director. Besides, I think that any director considers working on a new film as a debut, to some extent. “Lorik” is an unusual film requiring a special approach of the director who had to use shots, acting, and visual effects so as to convey a whole range of emotions and feelings depicted in the script.

– What is your impression of the film?

– I think the film reveals the innermost feelings of the individual. The storyline starts at the moment when the man stops seeing himself and then he finds himself through others, through those who had always been around – like in a fairy tale where the hero has to travel miles and miles away in search of happiness that turns out to be next to him. However, as far as the film’s perception is concerned, it will be much easier for viewers than for me – in the sense that the viewer will understand and accept “Lorik” emotionally, visually, semantically, esthetically – the viewer will be accepting the film in its finished form for an hour and a half, while my perception began in May and is going to continue as long as the work on the film goes on… I will probably fully understand this film when watching it with the first viewers or perhaps during a preview with a focus group before the film is shown to audiences. That is why I have a pre-feeling of a whole that existed at the start of the filming and which will turn into a full understanding of the film after watching it when the story will sound like a completed symphony , and each character, like an instrument, will play his/her part vividly and sonorously. Right now we are engaged in a creative dialog with the film – it tells me something about itself, I try to suggest something in response, and this is how we are moving forward. The film also gave me an opportunity to confess my love of theatre that has in many ways raised me: the film is literally permeated by a theatrical feeling… Metaphysically, this may have led to my acquaintance with Mikael: a stage actor by nature, he was looking for cinema, while I was seeking an opportunity to express my theatrical outlook in cinema.

– What is your attitude to Lorik as the film’s character?

– To me, Lorik a composite character who has various shades, colors, details, features, characters, expressions, feelings, gestures, and mimicry of many people who are close to me and dear to me and whom I observed all my life… So I have a warm and loving attitude to Lorik, and I can’t imagine a different kind of attitude in this case.

Interestingly, Lorik , when temporarily transforming into different people – even into Asenka, an ailing little girl, changes only outwardly by getting the bodies of those people, but his soul, his personality continues to belong to Lorik. In the film, this is shown in the following way: when Lorik transforms into a different character, his appearance remains the same: the same actor (M. Poghosyan) plays Lorik during his transformations. So the viewer sees that in fact, Lorik does not become another person, but it is like entering another person and getting to know him from inside.

– Does “Lorik” have a future as a festival film?

– We have created a vivid, multidimensional, colorful, good work. And I think the film will represent Armenia as a film making country in the festival context globally. It is a cosmopolitan, universal film that contains a serious humanistic massage, and I’d like “Lorik” to have a proper place in world cinema.

Show of the “Lorik” followed by the press-conference was held at 3 pm, July 13
19/07/2018
Search
Archives
Recent Posts
Categories
Go to Top